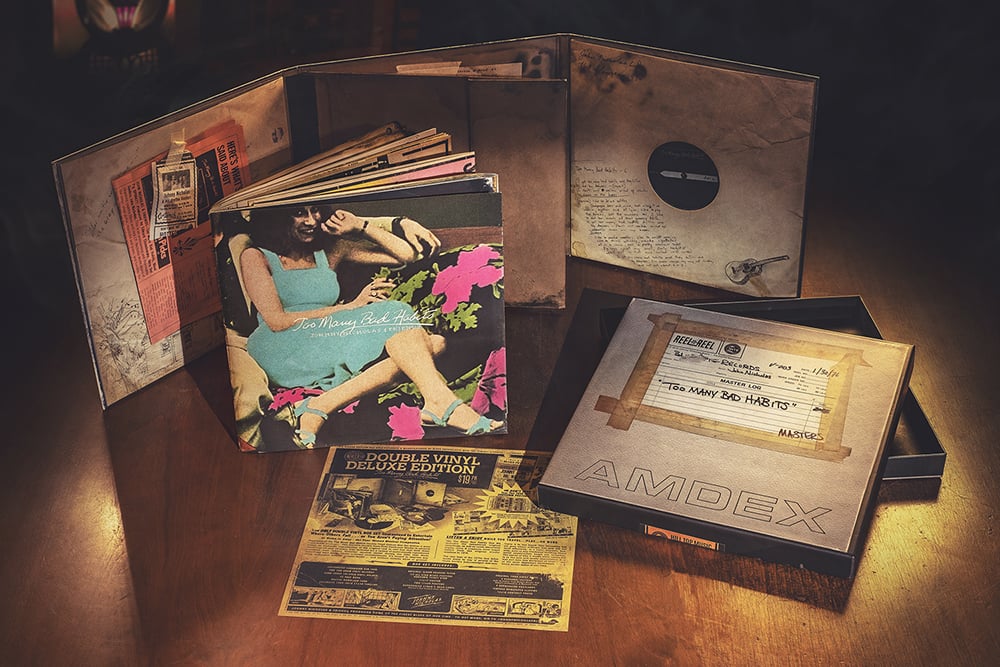 Too Many Bad Habits was recently nominated for a GRAMMY for Best Boxed or Special Limited Edition Package, as well as a Blues Blast Magazine award in the “Historical and Vintage Recording” category and the Alex Steinweiss "Best In Show" award at the 2018 Making Vinyl Packaging Awards.

In the late 1960’s, the college town of Ann Arbor Michigan found itself at the epicenter of a resurgence in Blues music. At the heart of the Ann Arbor Blues revival was guitarist/vocalist/songwriter Johnny Nicholas. Arriving from the East coast for the 1970 Blues Festival, he brought some of the best Blues players out of retirement and brought them together night after night in local clubs and concerts. While he performed with dozens of well-known artists in those venues, among the most frequent and popular with local Blues lovers were the legendary Big Walter Horton, Johnny Shines, and Boogie Woogie Red.

“This album was initially released on the fledgling Blind Pig label in 1977,” Nicholas recalls, “but the recording sessions included a bunch of stellar performances which had never been released. Walter and Johnny and Red were my friends and mentors, and hearing this stuff was such a thrill. I hope people enjoy listening to these historical slices of the real blues, played by the masters, as much as we have enjoyed re-discovering, listening to and remastering them.”

The two-album vinyl set, Too Many Bad Habits, is a window into an important era in American music history, when Ann Arbor was one of the hottest and most influential music scenes in the country.

For an interview with Johnny Nicholas sharing his music and thoughts on the Deluxe Vinyl Package, paste this link into your browser: https://bit.ly/2MBnCb0

0
Your bag is empty
Start shopping